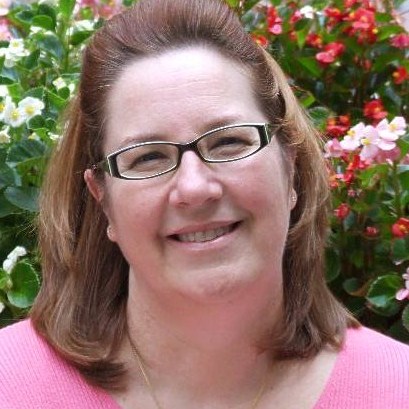 My EveryBODY Deserves A Massage Project

I held a contest for EDAM this year. I asked my cleints and Facebook fans to nominate anyone that they felt needed a massage. It was great!! I have about 30 nominations and here are the 5 winners!! It was a great success for the first year! I look forward to repeating it again next year!!!

Announcement sent out to clients and Facebook fans...
As many of you know, I held a give away of massages in July in conjunction with ABMP's annual crusade "Everybody Deserves A Massage". Thank you again for all who nominated someone - here are the five recipients of the free massages!! Look forward to doing this again - next July!

Marie, teacher at Westbury Christian School. Mrs. McKenzie is a self-effacing dedicated teacher who whole-heartedly gives her all to her students. She made a difference in the academic and spiritual life of my daughter from fifth grade through twelfth. She also is primary caregiver of her semi-invalid sister. Mrs. McKenzie is ‘up in age’ and recently has been experiencing health problems herself. I believe a massage would make her physically ‘feel good’ but knowing that someone thought enough of her to nominate her would give her an emotional boost.

I would like to nominate my friend, Marci. She is a mother of three young children. Her son, Simon, is eight years old and has Downs Syndrome. He has also been fighting cancer for more than 3 years. He is a fighter and has made it through when doctors did not feel he would. Marci spends a lot of time at the hospital while Simon receives his treatment and also while he is ill. She has spent the last week in the hospital as Simon has another infection and his blood counts are really low. She is also of course raising her other two children, being a wife and taking care of the house.

Sandy had breast cancer a couple of years ago and won! The cancer has come back and it doesn't look good. She is a teacher in the Houston area. I have not seen her in years. Her family belongs to my church. My understanding is that some days are better than others, the depression comes and goes. I think just having contact with you would lift her spirits.

Shirley...She is an incredible lady - 81 yrs young, who I have always called my energizer bunny. Seven months ago she fell going into her home and laid on the floor for hours with her foot hanging out the door. Long story but the short version is---they put in a rod, she came thru fine, went thru lots of therapy was doing well, when one day they found that the rod was broken causing her pain!!!! More surgery. She is still on a walker and is unable to put any pressure on that leg. She also has to use a wheel chair. We are hoping and praying that this wonderful woman overcomes this terrible thing and again will be as independent as she has always been. She is such a deserving person, always is there for everyone else.

Mary deserves a massage because she has kept her family going while her husband has been battling head and neck cancer. She makes sure that her two sons have what they need – she makes it to all their games and activities and supports them in their lives. She also attends most all treatments with her husband and supports his treatment and therapy. Finding innovative ways to deal with this stress while dealing with her own illnesses has been a challenge. I saw her the other day and she appeared so stressed and harried – I know that she would really appreciate having someone pamper her and care for her in your special way. Please consider Mary as a recipient of EveryBODY Deserves A Massage.

Ariana Vincent, LMT, MTI, BCTMB said…
I'd like to add you as a friend on the Massage and Bodywork Professionals site. Warmly, Ariana Vincent, Ariana Institute, www.arianainstitute.com