FUN is the key word at Festival! Join us for "VEGAS II" July 20-23 in Las Vegas at the Tuscany Suites and Casino! 120 days to go! See details at http://worldmassagefestival.com/… 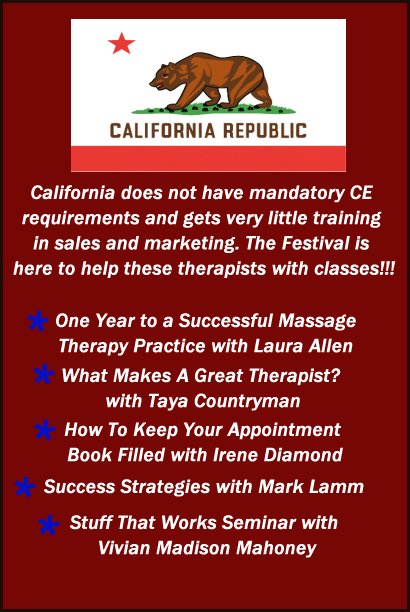 The Fest came West!!! Long Beach, CA on board the Queen Mary August 4-7 is the place to be. So many details, so go here for details! If you want FUN!!, this is the PLACE!!!…

If you plan to stay at the Tuscany with the majority of attendees, reserve your room using our GROUP #12J0NK no later than July 19. Hotel will not guarantee group rates after July 19.
Ads for the Festival program, The Bridge Builders, are due to us by JUNE 1…

One Week Left To Sign Up For Free Education in Las Vegas! 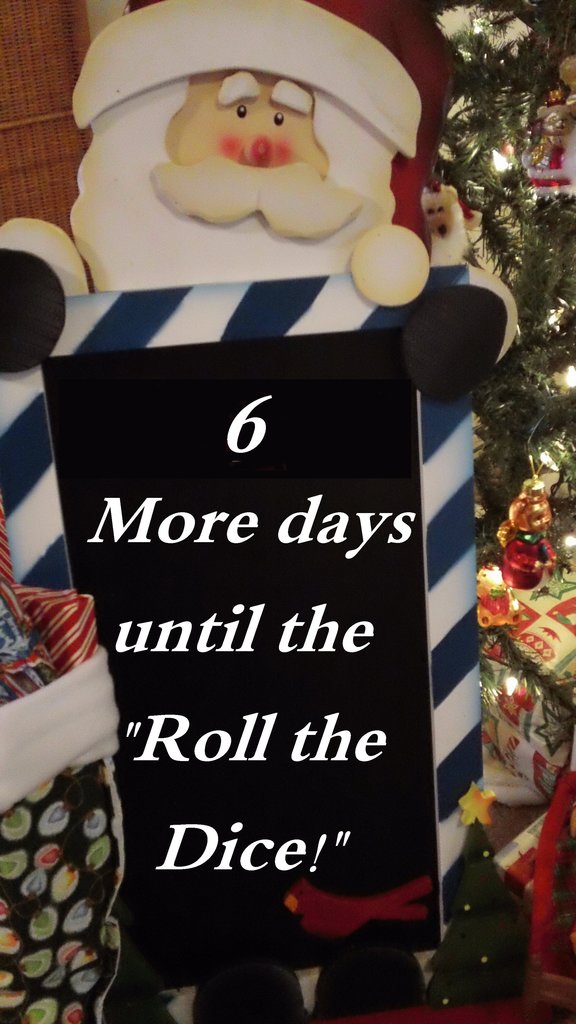 I hope all therapists sign up for FREE education at The World Massage Festival in August at http://www.worldmassagefestival.com/2012/dice.html

This is the season for being thankful and I am. I wanted to single out ABMP at this time and highlight them yet for again sponsoring the World Massage Festival and their generous gift this week of a year's membership and insurance coverage for one year for the winner of the "Lucky 7" contest. You only need to be registered and attend to be in the drawing. One lucky winner will get everything they need to start a business from scratch, except the building. You can see all the prizes and… 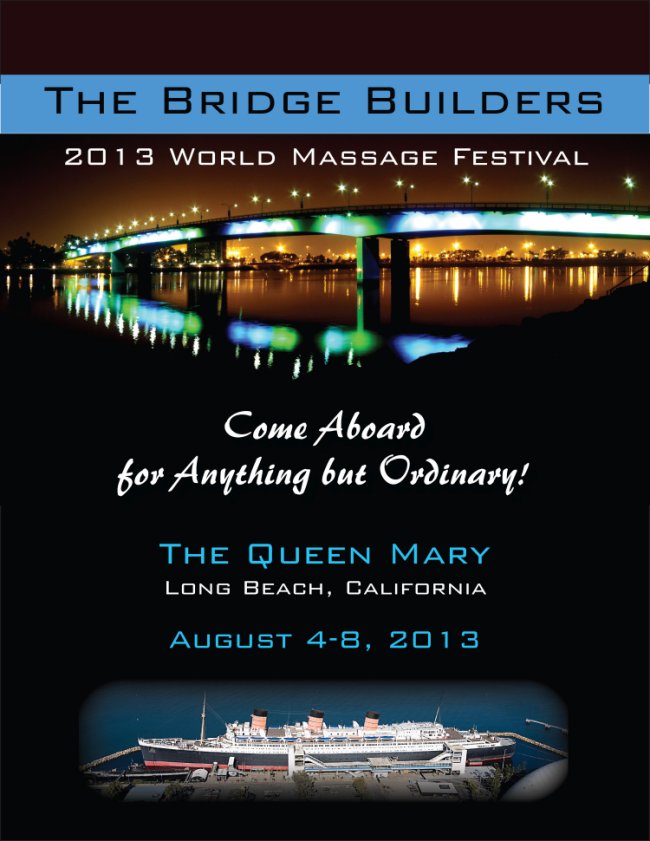 I hope ALL Massage Therapists will join us for a GREAT time!!! Some details are at http://www.worldmassagefestival.com/2013/index.html The Grand Opening and Ribbon-cutting Ceremony was May 13! Thanks ABMP for coming… Continue

Charter Members... Go to http://www.mtaamassage.org/ click on the pink hand and use your email address as your user name and your password that you used when signing up for the password. Every position has at least one person running for office. If you want to start changing things, here is a start.

Honoring Our Own Bonnie Prudden!

January is Bonnie Prudden's birth month. On the 29th, she will be 97 years old.That makes her the oldest person I personally know. Many of you probably don't know Bonnie's story or have even heard of her or know how she has affected your lives. She was a major part of this country's national defense and endurance capabilities for years. She was a major reason we had gym class. She helped start the President's Coucil on Physical Fitness. Her awards, TV credits (including The Bonnie Prudden… How About Some Humor Today? Dean Martin And Goldie Hawn!

We face so much sadness today. Take a moment, breathe and laugh!!!

Are you ready for some fun? 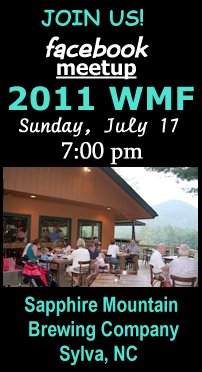 Details at link below! 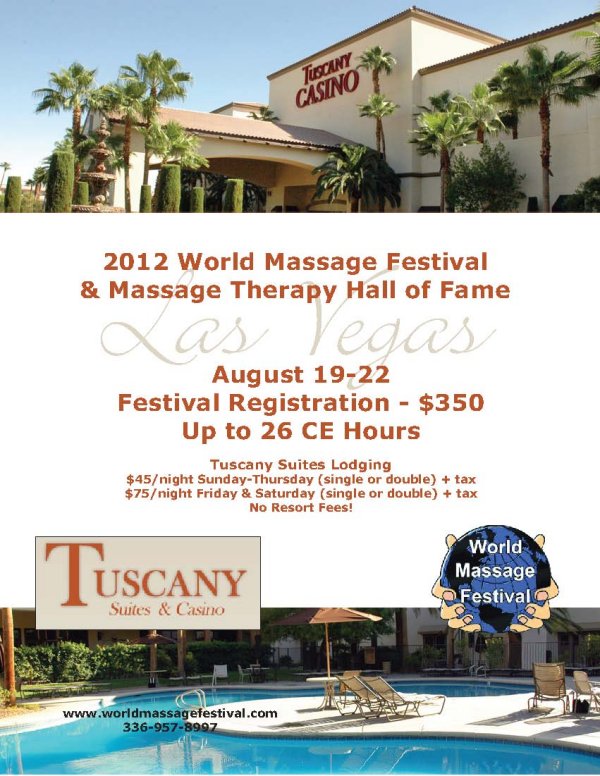 Please let us know what you think.

Congratulations to Vivian Madison Mahoney for being choosen as the Keynote Speaker for the 2013 World Massage Festival & Massage Therapy Hall of Fame! 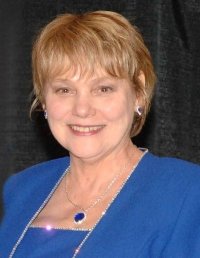 A Video To Thank All Those That Helped Make The 2010 Festival So Special!!!

Ryan Hoyme has created a great video to show Festival to newcomers and a great keepsake for those lucky enough to have been there!!! 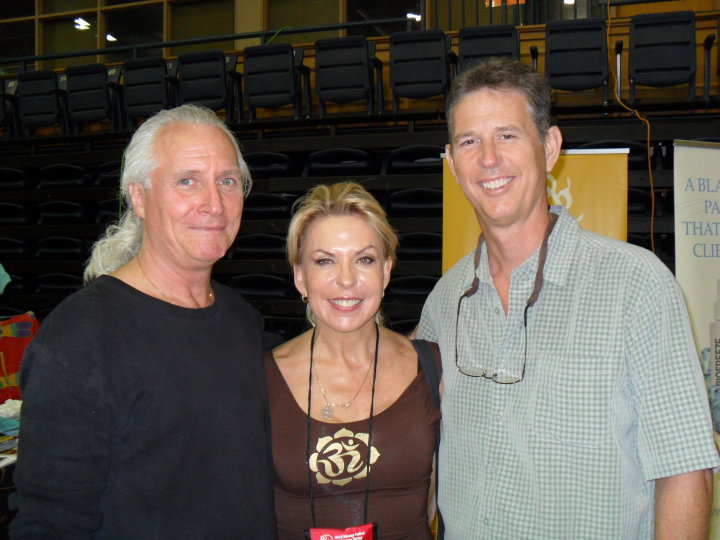 "Massage therapy is actually one of the most beneficial treatments for fibromyalgia pain and fatigue."

Ryan Hoyme, AKA Massage Nerd made the video below about me!!!!…

Research Conference Adopts Massage Bug! Looking For A Name For Him!!!

He really doesn't look impressive yet!

But he's curious and wants to understand what all this "research talk" is all about... so he's going to study and grow and see if he can convince others to do the same.

He heard a real important lady, named Ruth Werner, is going to talk about him on July 13, 2011 at Western Carolina University. He wants everyone to come see Ruth and…

Follow the link below to see the vendors and sponsors that helped make 2010 a success! These folks helped us keep costs down for you. This is "true grass-roots support." Support them... so they can support you and us!!!

Update - Massage Conventions Comparison Chart - Who Is The Best For The Dollar - AMC, AMTA, FSMTA or WMF?

Many therapists have asked for a chart comparison to show the cost for CEUs and all details for the major conventions. We know it is the first year for AMC, but with major sponsor support, they should be included.