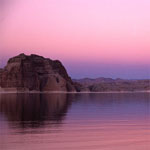 Massage Room Decor - Share with fellow massage therapists how you decorate your massage room and why.

Do you prefer Eastern Symbols and Philosophy?  Perhaps you decorate your massage room with Western Medicine charts such as Trigger Point Therapy.  How about Feng Shui or Inspirational Quotes, Positive Affirmations and Positive Thinking?

Feel free to share your thoughts on WHY you choose to decorate your massage room as you do, also!

These Chinese symbols for words & English translation in elegantly framed wall art and décor will impress and delight your clients.  Complete your professional room or office with the finishing touch using beautifully framed artwork.

Looking for quality and affordable artwork to work with your office, treatment room or massage room decorating ideas?  We’ve created the perfect accessory…Take a peek!

This group does not have any discussions yet.

You need to be a member of Massage Room Decor to add comments!

Sorry to be coming to the game so late, but "better late than never", I suppose! Anyhow, I've just leased and painted/furnished/decorated my first-ever office space (after working for nearly 30 years as a master craftsman in the jewelry-and-gem industry, in one ratty basement workshop after another). The suite I was lucky enough to find -- and believe me: "someone up there" was definitely looking out for me, this time around -- has two really spacious rooms: a 14x14' main room that I've set up to serve as an office/waiting room & Access Consciousness class teaching space, and an attached (by a door) 9x13' treatment room, in which I've setup one massage table, an old, inherited Detecto doctor's scale, some shelving, a changing chair and accessories table, and a torchiere lamp with a 3-way switch.

The overall color-scheme is an intentionally soothing & grounded one, of muted earth tones, with rust and russet highlights. As you enter the main room, you face three 32x65" SW-facing windows, surrounded by three 9' high "vanilla" walls (actually an ultra-diluted pastel orange color I'd found at the Home Depot). At the far left is a much more intense, rusty-orange 'color wall', that's almost exactly the shade of a just-baked pumpkin pie. I opted for this as a kind of visual "wake up" to clients as they exit their sessions, because the easiest way to their cars from my office includes a long walk down an entrance hall, leading to a flight of stairs, and I wanted to be sure they were coherent enough to descend them safely, after they've "melted" on my table! On that same wall are an oil painting of a sailboat at sunset and an 18x24" print of a Matisse river scene, both of which have oranges and blue-greens in them, which help tie-in the dusky blue day-bed that serves as the waiting-room couch, and one of the 24" wide spaces between the vertical windows has a framed photo-card of a beach scene I'd picked up in Capitola, CA, a few years back...

The treatment room is that same creamy 'vanilla' color on all 4 walls. The floors in both rooms are covered in a commercial dark brown & white heather carpet, and the ceilings are standard suspended types, with white "marbled" tiles and beige metal cross-strapping, which kind of goes with the vanilla colored walls in there, too.

the majority of both rooms are decorated with a combination of old Danish teak suspended cabinets and shelves from the 1950's and 60's, hung on vertically mounted 1x2" strips of walnut wood, for what my friend Jim calls "a very boat-y look" :^), and I've stretched & mounted an old Turkish "Oriental" runner rug on a homemade pine frame, and then hung that along one wall in the treatment room, as both a piece of art and a partial sound barrier to the adjacent office. In between the two tall windows in that same room, I have another pair of those vertical walnut strips, from which are suspended a half dozen 24x8" teak shelves, which hold my oils, lotions and creams, music system, a battery-operated, sweep second-hand (non-ticking!) clock I found at Walgreen's, and various other items. The top shelf has a natural rush basket (Navaho? Sioux?) with a red and black pattern that pulls in the creams, browns and reds of the carpets on both the floor and wall. There's also a shelf with an assortment of natural crystals of various shapes, sizes and colors.

In short, it fits and expresses me, and the earth, water and cultural references I find among the most grounding.

BTW, folks: if you're looking for a small, unobtrusive way to get _incredible_ sound quality to permeate your treatment room(s), check out a little gizmo called "Sound Angel", on ebay! There are actually two versions out there; the model I'm recommending measures about 3x1.75x1.75" and has a 1.5" speaker at each end, a slot for a mini-SD card, and runs about $15!

I frequently surf Wahanda.com and look at all the spas around the world and so often wish I had 100 treatment rooms for just that many decors. Alas I only have one room currently, and as many other LMT's it is very small. Actually it is larger than previous offices I have had but the ceiling is literally 3 inches above my head. I am planning to repaint and decorate after the New Year, when business slows down and would love feedback from other LMT’s

. My idea so far consists of a teal and chocolate color scheme. The bottom 3rd of the walls being chocolate, and the rest teal, then an 8 inch border of a lighter shade of teal along the ceiling, and then a “sparkly” white ceiling in the center is supposed to create the illusion of a solid base with a higher ceiling and then a lofty ceiling. I’ve also considered doing the walls in teal and then an accent wall in chocolate. Not really certain on that though.

And then comes the process of what stays and what goes for furniture. I have a Murphy desk in one corner, a short but comfy chair and clothing valet in the opposite corner. The table is diagonal from the door (corner) so that it gives a nice warm and welcoming appearance to clients the moment they come through the door. In the far corner, at the foot of the table I have a slender vase with bamboo and grasses that fall short of the ceiling by a foot. I try to stay away from that side of the room when clients can see me, or remain on my rolling stool so my size doesn’t ruin the bit of illusion. Most of my storage is under my table, though I do have a closet I use for dirty linens and bulk supplies. I do have an idea of incorporating shelves into the closet door more for decorations and display than any needed storage.

I’ve made up a model to help visualize the room as it could be yet I continue to struggle with what to hang on the walls. Asian calligraphy is certainly a possibility but I don’t really see it mingling with the teal as well as the sage color I used to have. I’ve found modern art can be distracting to clients. I’m definitely being nit-picky after hearing comments over the years about “what would look better”

Anyone one feel like sharing ideas that can help me?

I keep my room decorated, yet fairly neutral.  I think keeping it clean and organized makes a good impression on clients as well  ;)

I like modern earthy-type decor (like from Pier One!): Bright flowery pictures in the entry/office, and modern art accented with mirrors and a 'victorian' overstuffed chair for the massage room. The 'symbols' are earthy and the philosophy is Christian. God is everywhere, especially in His creation... and He loves the relaxed atmoshpere of trendy heart-inspiring art. I love a healing presence.